The Rookies
Since 1994, the Rookies have been playing pure and genuine garage rock, influenced by great bands from the middle of the sixties, the golden era when the beat garage sound took its first steps.. Their music covers a wide range of sounds, going from the British psychedelia to Dutch beat, passing through the Texas garage punk and the “Byrds-like” jingle jangle folk sound. 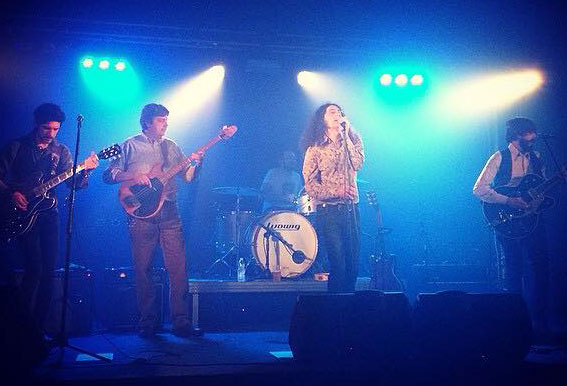 Italy’s premier garage group (now that The Others and Head & the Hares aren’t around anymore) goes from success to success. After a performance at Primavera Beat together with the legendary Ronnie Splinter (at which they blasted out several Outsiders classics, check youtube), they now return with their second longplayer. Their first album Out of Fashion came out on Misty Lane sister label Teen Sound back in 2005 and was a great mix of orignals and covers of obscurities like “One Time Around” by Dalton, James & Sutton and “I’ve Waited So Long” by The Outsiders’ countrymen The Motions.

On the new album they’ve eschewed the covers in favour of 12 strong originals. And let’s say they’ve had plenty of time to fill out the tracklisting, even though the album was finished over a year ago. Seemingly, finding a label has been tough, and the LP has now finally been pressed on a newly established Other Eyes Records. I assume it’s their own label, since the other planned release is the next album by Simone Modicamore’s other group Warm Morning. My favourite on Things Ever Said is still the folk-rock track “Another Rainy Morning” that I heard online after it was recorded and mixed. But as a whole the album steers away from the more hard-hitting garage of the debut and sees a development of the group’s moody beat side, which definitely stems from a Dutch influence. I can’t remember now if the first album was recorded at Circo Perotti (it certainly sounded like it), but this record has quite a different sound, clearer and not so loudly mixed. Other standouts are the psychedelic “Midnight Woman”, the jangly “As Days Go By” and the agitated “Can’t Waste My Time”. Another influence I know they have is The Kinks, and I can hear faint echoes of “I’m Not Like Everybody Else” in “On My Own”. The Rookies prove here that their own material is strong enough to support a whole record, which is a claim not many contemporary garage groups can make.